Tell us about yourself, Dilmer. What makes you, uniquely you? Can you tell me a bit about your background, your hobbies, your human experience?

Hello Everyone, I am Dilmer Valecillos and I was born in South America specifically in Venezuela where I spent the first 16 years of my life. During that time I remember growing up and getting my first computer at the age 9, I also remember breaking computers so many times and my parents having to suffer to pay for every repair until one day I was able to take computers apart and fix them myself, YES this was the beginning of my journey with computers and technology.

As far as hobbies, I grew up with technology, I had a big love for computer games such as Mario, Starcraft, Age of Empire, Mortal Kombat, and others, I was obsessed with becoming the best with every game, I also used to play many sports and Ping Pong was one of my favorites which I used to play daily at a local Ping Pong Club in South America.

I grew up surrounded with love, honestly I had an amazing and very large family and within my close family I was an only child but my parents from both sides had between 8-9 siblings which gave me the opportunity to spend so much time playing with cousins and friends. 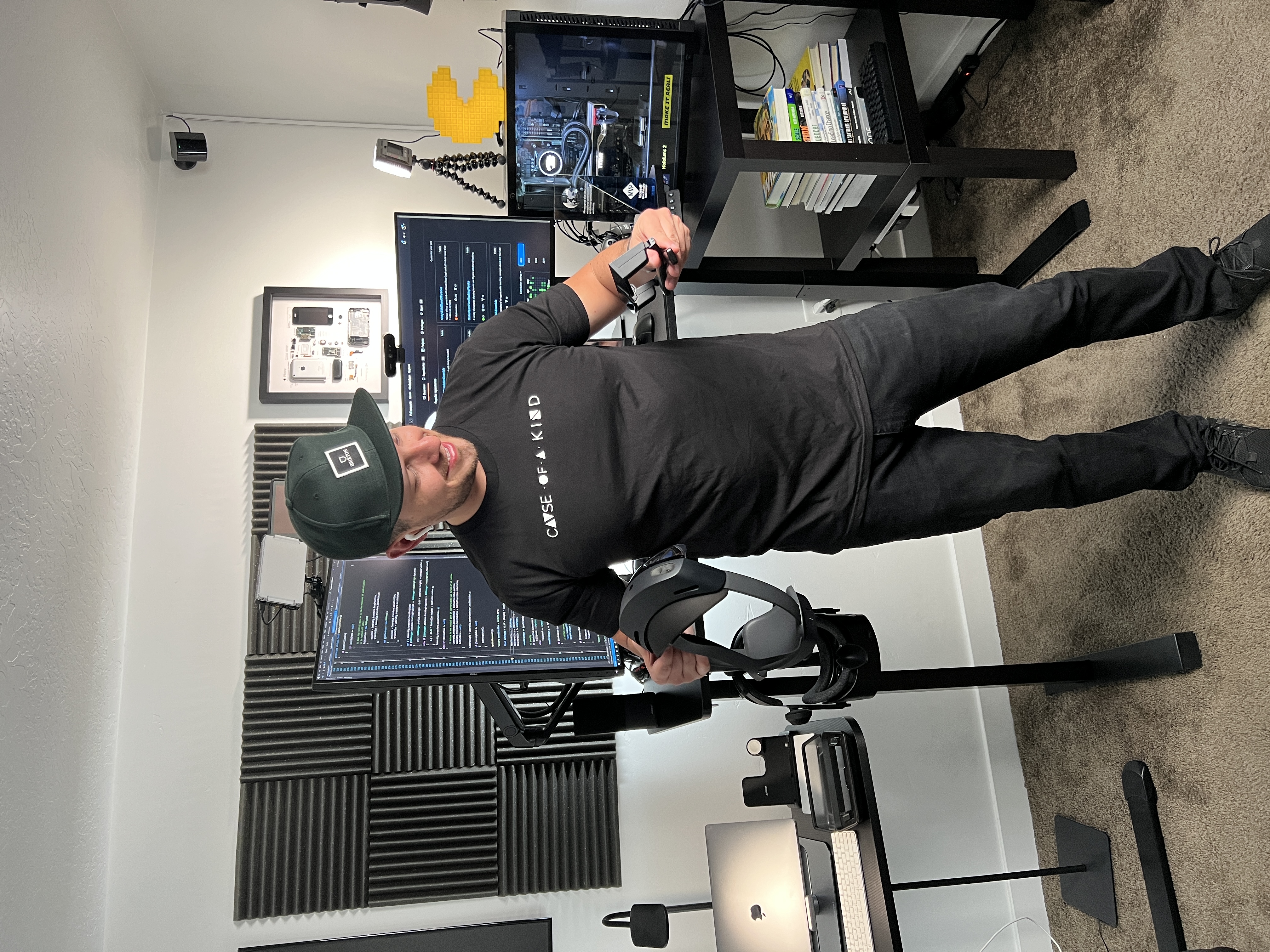 As an engineer you figured out how to marry a truly technical skill set with Art. Can you tell us a bit about your passion for Game Development and the artistic outlet it has created for you? Which game are you most proud of?

I started to get fascinated with game development at an early age but honestly never had the focus and passion to do anything about it, yes I played games with my friends and family and we always talked about the idea of making a game someday but in South America life was not as easy.

After arriving to US at the age of 16 I was given many opportunities such as going to a College and University where I got my degree in Computer Science and right after 1 year of college and having some experience with programming I started to mess with Unity...and the rest is history...jk let me tell you about it...the moment I started to play with Unity I remember telling myself WOW this is way too hard and at the time I was watching stories of amazing indie game developers making it big in the industry, also many of them sharing their FAILURES and how hard it was to make a game, honestly I didn't think it was going to be as hard.

One day I decided to work on a small indie platformer called Stickman World, this game took me 2-3 years to develop on my own, I also was working full time as a dev and going to college so making a game was only a thing I did after work hours which is why the game took so long. I released the game to the App Store, Apple TV, Steam, and it got featured by Apple, after that I did a few mini games also for iOS and Android which honestly is what got me into loving game development.

Lots of folks have heard of Augmented Reality or Virtual Reality. You took this a step further. Can you tell us what Extended Reality entails and why it is the future?

After working on making mobile games I decided to test ARKit with one of my puzzle games so there I was testing AR...I added all the components required for ARKit, added some code, hit compile, build, pulled my iPhone out and there I was, looking at my first AR experience, wow I can see my game align to the real physical world ! isn't this some crazy magic ? Yes, that got me hooked into AR and from that point forward all I wanted to do was AR. Later in my journey I did the same with VR and joined the Oculus Start program where I was given VR headsets to test a few NDA prototypes I was working on.

I tell people XR is the future because just like an iPhone was revolutionary for many back when it was first released I see the same for XR. I think extending our world with AR makes so much sense, there is so much information we can utilize without having to pull our phones out that could potentially improve our lives, I see it used today in so many industries such as manufacturing, health, military, simulation, etc but in the future this will be widely adopted in households, when driving, when preparing a simple meal, and a big part of our daily lives.

You have a deep passion for giving back to your community as both an education on YouTube with a very healthy audience and a huge amount of content, but also a deep contributor to GitHub, reaching people from all over the world as they explore AR and VR development. Where does this driving passion come from?

I think giving back is the key to success, if someone else is successful that makes me happy and therefore successful, it honestly depends on your goals but my goal is to help as many people as I can with my knowledge about XR and open source code.

My passion has built overtime, I think one of the biggest contributors to my passion is XR prototyping and seeing how others can use those prototypes to create something amazing and production ready. 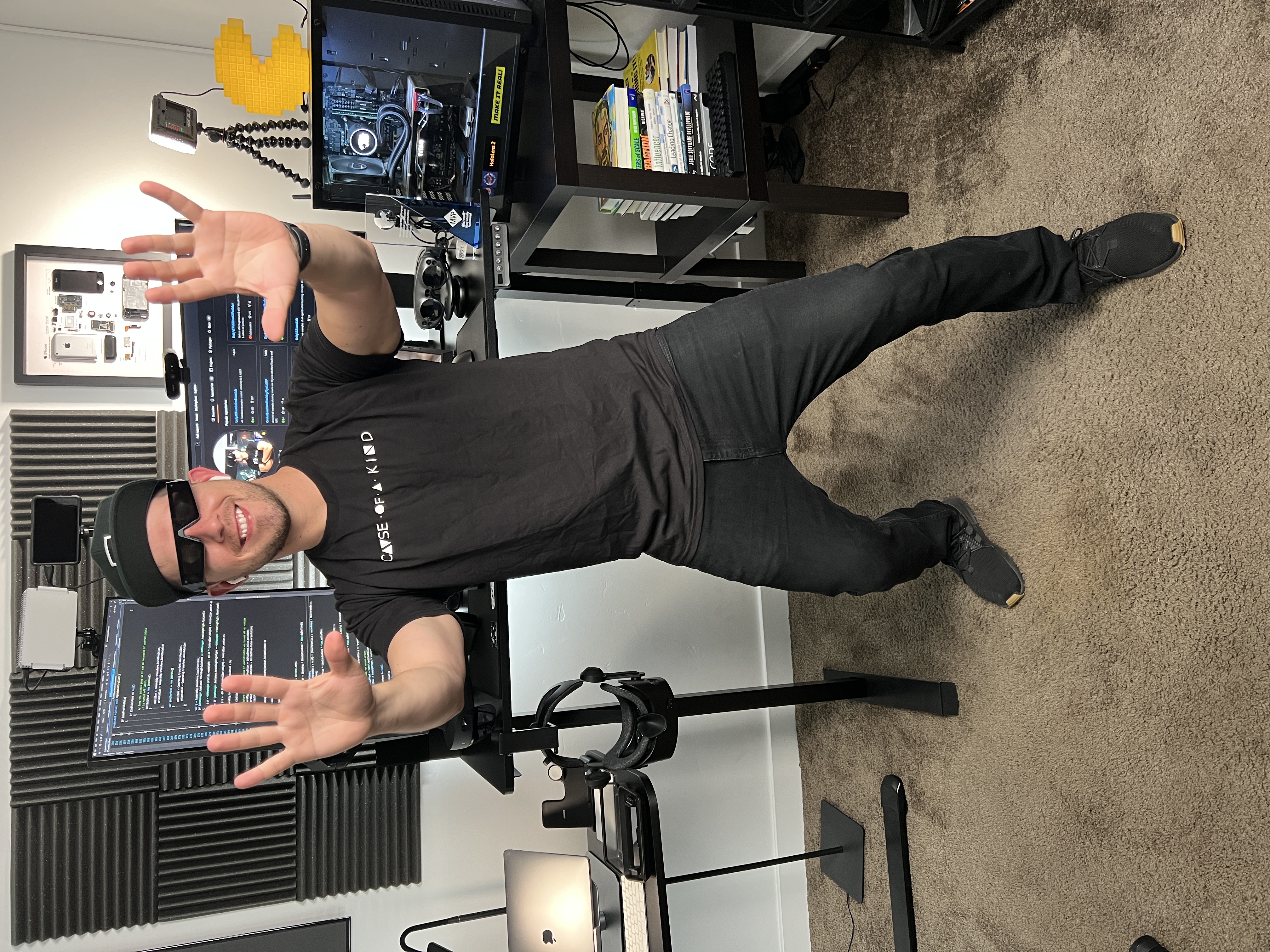 Tell us a bit about your skills and some amazing projects that you are really proud of. Also, what are some of your software goals and aspirations you have with your talent?

I've a lot of projects under NDA since I work with many clients, but I am definitely proud of all the open source projects I've provided to the community from self parking cars to object avoidance all with Machine Learning in Unity. I also did a cool demo of detecting if someone was wearing a mask and also to detect the distance between people with AR Body Tracking as recommended by COVID guidelines by using Machine Learning.

Other projects I am proud of are VR Hand Tracking demos, Dozens of AR demos, BCI demos to turn lights on and off with your brain, Drone Demo to control a drone with an Oculus Quest 2, and many many more. For more info about my projects go to https://github.com/dilmerv

What is some truly practical advice that you can offer to young people looking to become deep professionals in the emerging industry of Extended Reality? Can you provide some theories as to where you see this headed in the next few years?

This may sound basic but JUST START, come up with a list of simple ideas that can teach you 2-3 features, build something, and SHIP IT. I know the word SIMPLE is not objective, but here is an example:

Create an app that can allow you to place a 3D object on any flat surface by using Augmented Reality..

Well you start by asking yourself a question? What tools do I use? What frameworks are available? What assets can I use? What programming languages do I use?

By the time you start researching and answering these questions you will have a better understanding about what's available, then by working on it, and shipping it you will learn so much even when you thought this was a simple use case.

Do you see an intersection between climate change, environmental sustainability, humanitarian and social issues, and Software development, particularly with AR and VR? If so, tell us where you think this opportunity is headed.

Physical experiences are great and there is NOTHING that will replace them, but with that said imagine if you could replace physical hardware with VR/AR, then this could lead to less usage of natural resources needed to be able to manufacture physical items, instead we could offer a variety of AR/VR options which could allow you to do the same but with less consumption of natural resources.

One example is how we use so many monitors today, if we could replace them with virtual monitors then we can get rid of a lot of the resources needed to make them, similar goes to VR, sometimes going to a place can be difficult, if we build better collaboration tools that allow us to better interact remotely then we could have better and more effective conversations when having to make difficult choices. 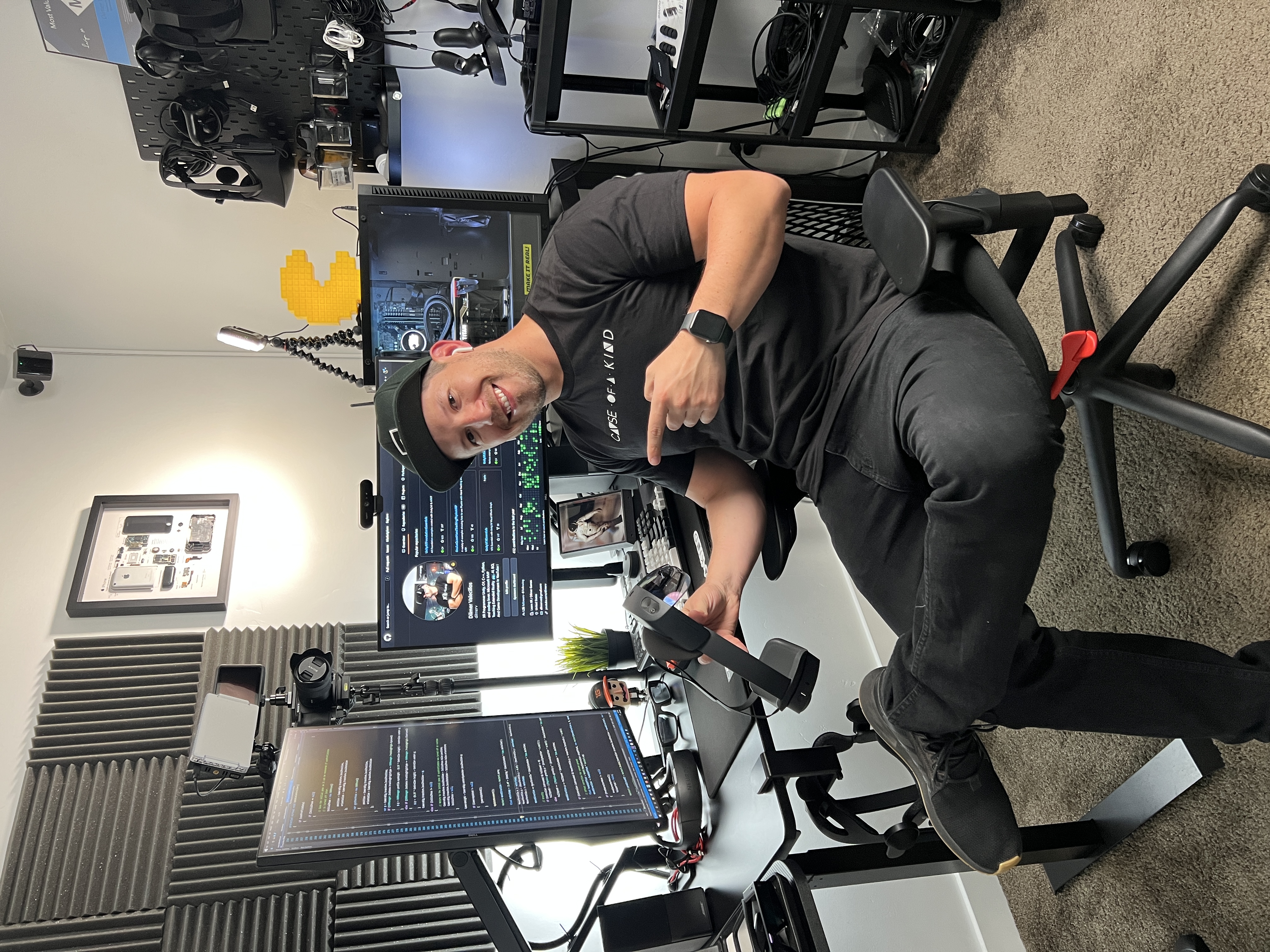 Where can people find you or get in touch? How can people get involved in ultimately giving back to things you truly care about? What are some projects, productions and adventures you're really proud of and would like others to know about?

I recommend people to find me on Twitter which is where I keep everyone aware of what I am working on, also on YouTube for those who want to watch some practical XR videos where I show everyone in a step by step process how to accomplish different tasks with XR / game development technologies.