Alessio Bariviera is an actor, photographer, filmmaker, conservation photojournalist, survivalist and Earth Day Ambassador. His efforts to showcase the beauty of this planet and highlight our unique relationship with wildlife are extraordinary. He is also passionate about exposing environmental abuse and corruption and has worked on assignment for government authorities to help expose these crimes. Without further adieu we give you our conversation with Alessio Bariviera.

Where were your born and raised?

I was born and raised in Arezzo, a small city in the fabulous Italian region known as Tuscany.

When did you first discover your passion for travel, photography and indigenous work?

My passion for travel unfolded during my years as an undergraduate student in Los Angeles. I wanted to do cinema back then but the more I saw the reality behind the screen the more I grew disenchanted with the industry. I took a semester off and went on a one-month and 2.500+ miles road trip with my best friend around California, Baja California, and last Hawaii. It was life changing. Suddenly I didn’t want to live an actor’s life anymore, instead I wanted to be a host for wild tv formats. To me photography began as, and still is, a means to an end. 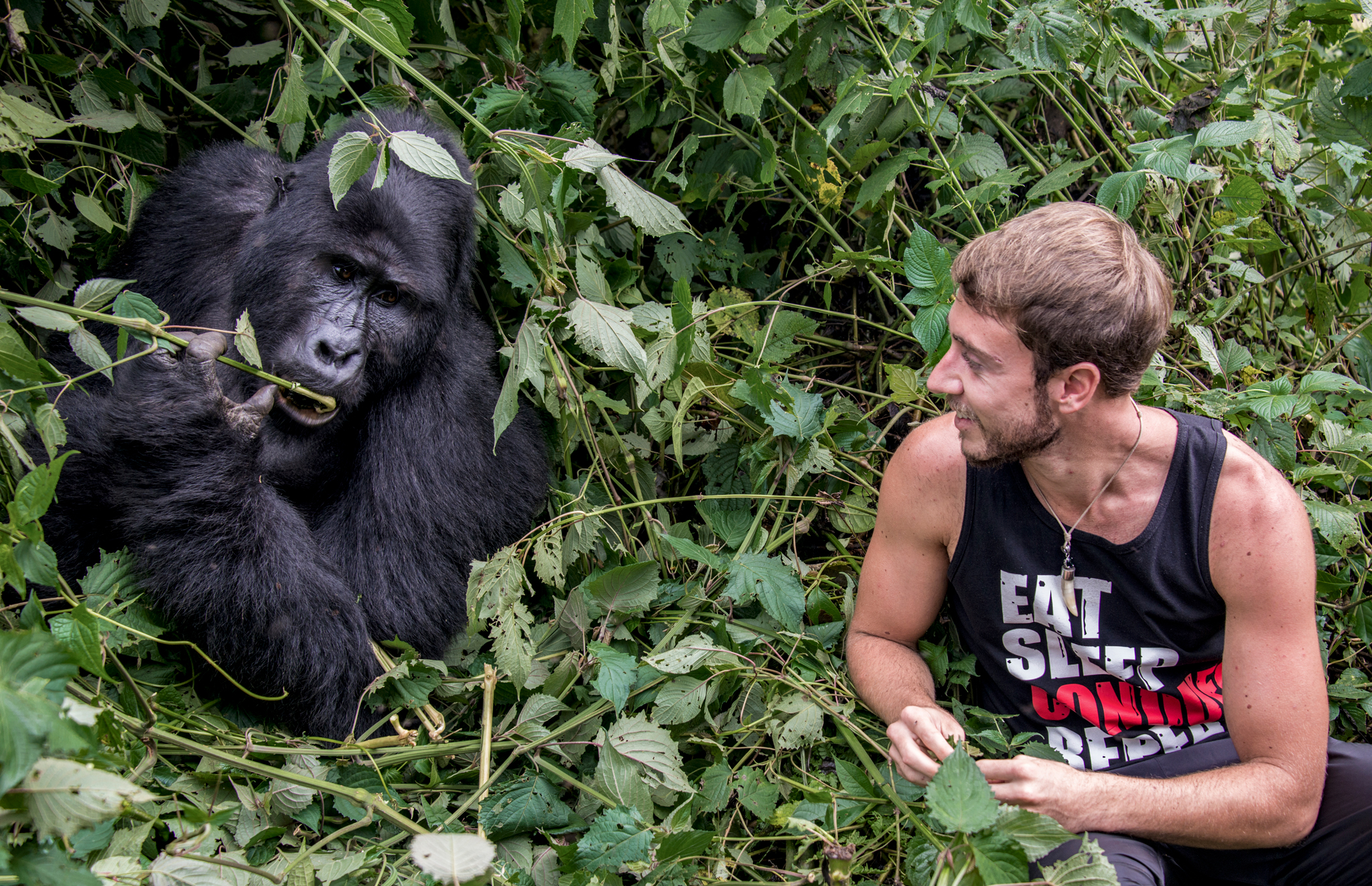 You have traveled all over the world. Even some places that are extremely remote and feel almost unreal. Where in the world have you felt the greatest connection to and why?

I have felt the greatest connection deep within the Leuser Ecosystem in Sumatra, where I spent 3 weeks looking for wild male orangutans and tracking tigers. However, I have come to feel that one’s connection to the environment runs parallel with his survival skills. I am not referring to the much advertised military kind of survival, but to natural survival. The former teaches you to look at nature as an obstacle between you and your life, instead the latter tells you that nature is really your ally. Once you start looking at nature as your ally, you are one step closer to becoming one with her. All of a sudden you see things, you pick up smells, you hear things, the whole way you interconnect with nature changes. It is not about superpowers, it is about dusting off the ancestral and wild self we all have but have forgotten.

You're also an avid adventurer and have found ways to blend that into much of your work. Could you tell us about a time when you got in over your head?

I wasn’t born a conservationist, nor was I raised and educated as one. I am self-taught. And It took me few years to develop that much awareness and knowledge that one needs to turn his detrimental energy for stunts into life cause. During that time I was assaulted and robbed by a baby gang while walking alone at night in Madagascar’s capital. I risked gas suffocation when I ventured solo to Halemaumau’s crater to see bubbling lava at night in the Big Island of Hawaii. More recently, I pretended to be a pangolin buyer to meet up with poachers in Sumatra. I was stranded at a logger’s camp on Papua New Guinea’s upper Sepik river. I caught the deadly Malaria - Plasmodium falciparum - and was chased by gun firing pirate bandits in the Solomon Sea while filming my first docu-film. 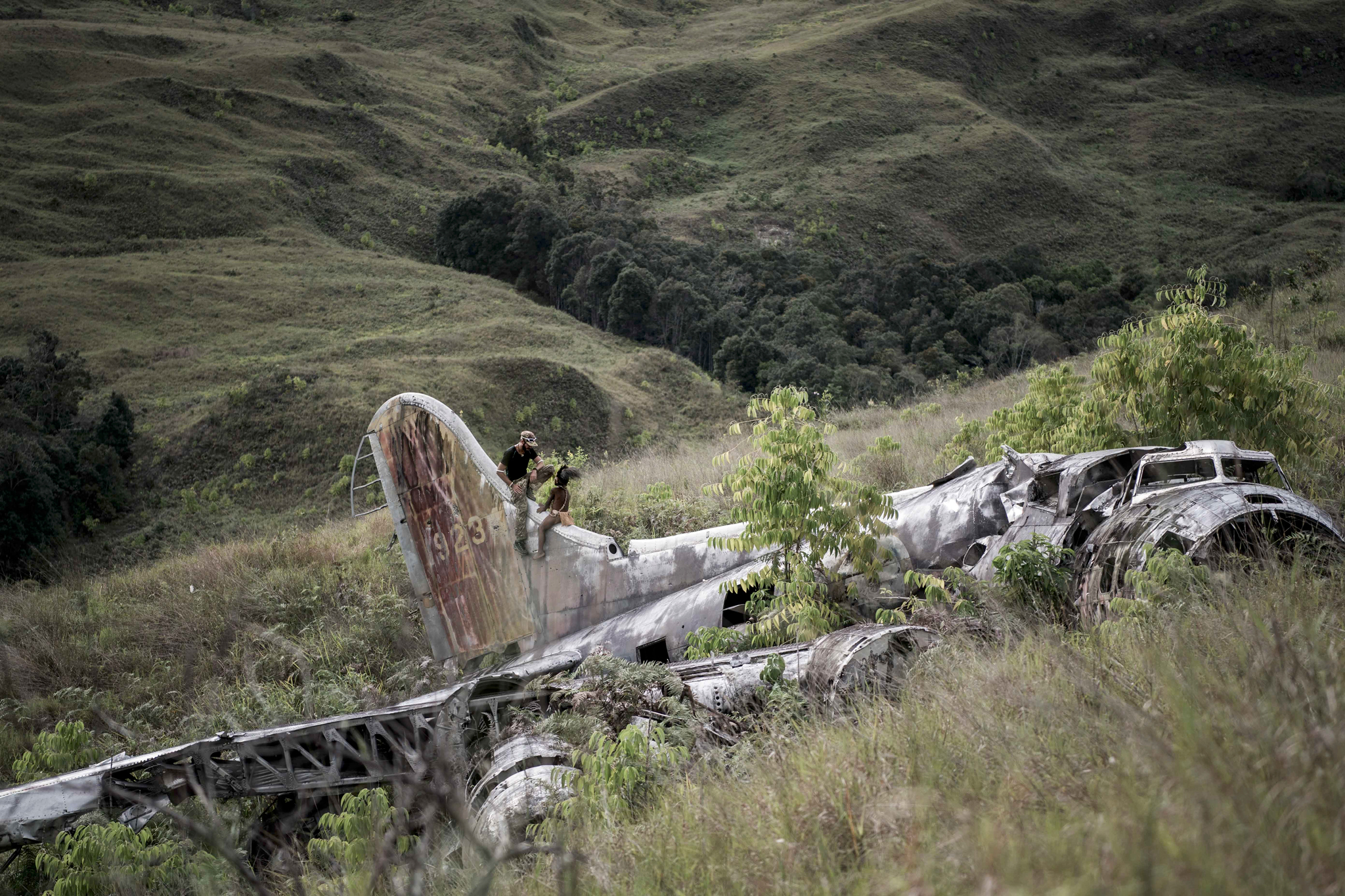 You are an Earth Day Ambassador and an environmentalist. What are some of the greatest issues you have witnessed around the world?

I feel like one could talk all day about environmental problems but in the end there is only two roots linking them all: overpopulation and lack of education. Western people are slowly switching to electric cars, are increasingly avoiding single-use plastics, are eating a plant based diet and are buying green energy. What about one less child? Medias don’t dare to take on this topic because it goes against the laws of capitalism. But capitalism doesn’t care about famine, or forests, or the planet. Until humanity as a whole learns to sort itself out, we will hardly ever get out of this. Asian countries wish to develop as Western countries did after WWII. Except when we went through industrialization the world population was less than 3 billion, microplastics weren’t outnumbering fish in the oceans, and wildlife population numbers weren’t down by 58%.

What do you feel is the biggest overlooked issue with respect to the environment you wish would get more attention right now?

I feel he biggest overlooked issue is equality. Equality for indigenous people. Equality for women. How many problems would not occur if countries and people gave up their arrogance and sense of superiority and listened to indigenous people’s wisdom? How many more green warriors and fewer people there would be if women were respected as men and weren’t forbidden emancipation in Muslim countries? 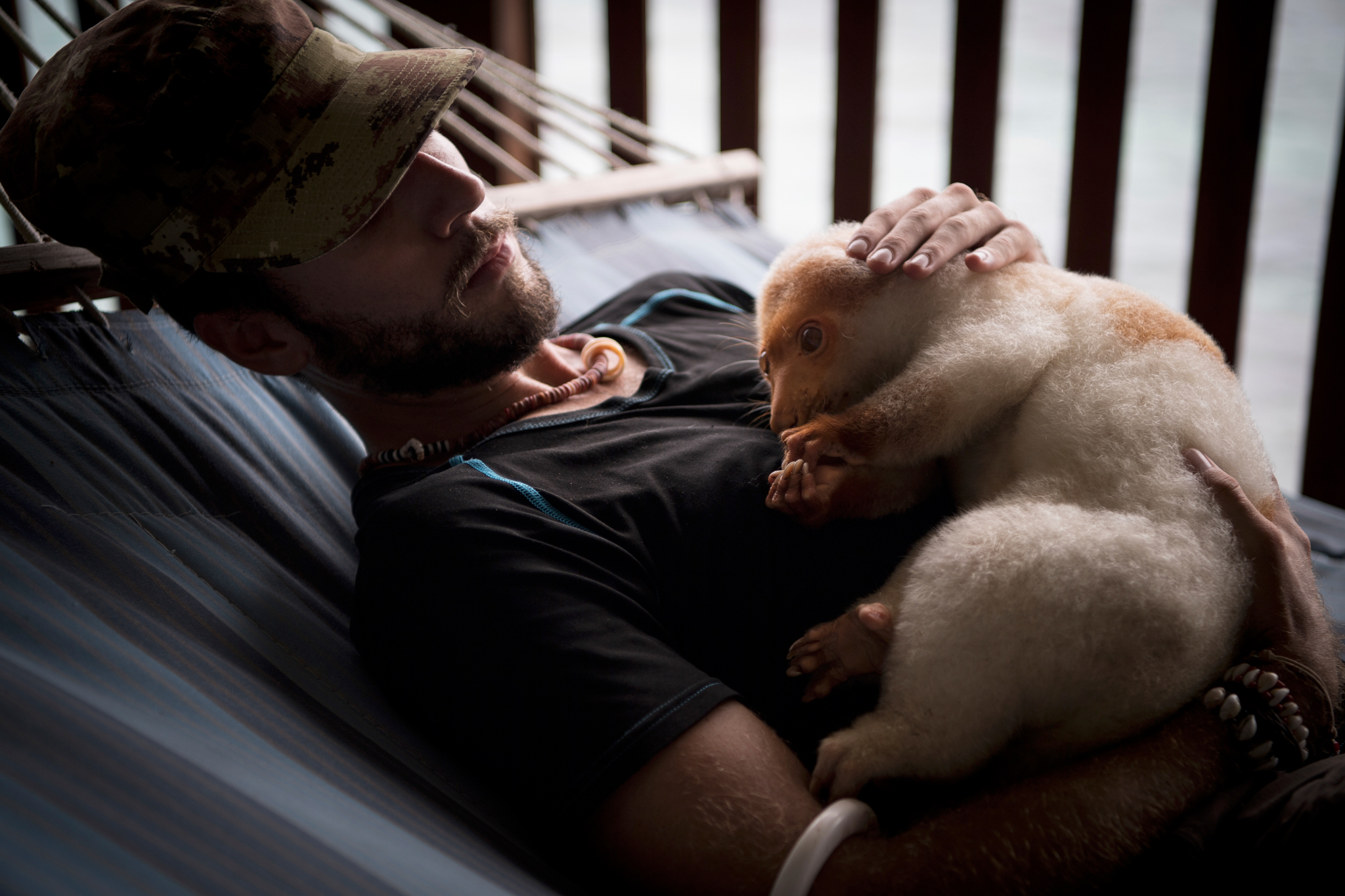 What is your next adventure, assignment, expedition and why there?

I’m not a big planner. Adventure, by definition, is about coping with the unexpected. Once one starts planning on something, he is undermining his chances of being surprised or amazed. So, unless I’m on assignment, I usually think about different projects in different countries and I let myself be influenced until the very end. I found out that setback are eventually the one factor that defines all adventures. I currently work as creative consultant for Banijay Group. We will know within days if my first tv format as a host has been given the green light. The format is about submitting myself to indigenous initiations to manhood all around the world. I care about this project because there is still so much lack of understanding and of respect when it comes to indigenous people. Common people often greatly underestimate them. Through this project, as I did during the filming of my docu film in Papua New Guinea, I want to upset how people see them. I want people to look at most of them and see superheroes. 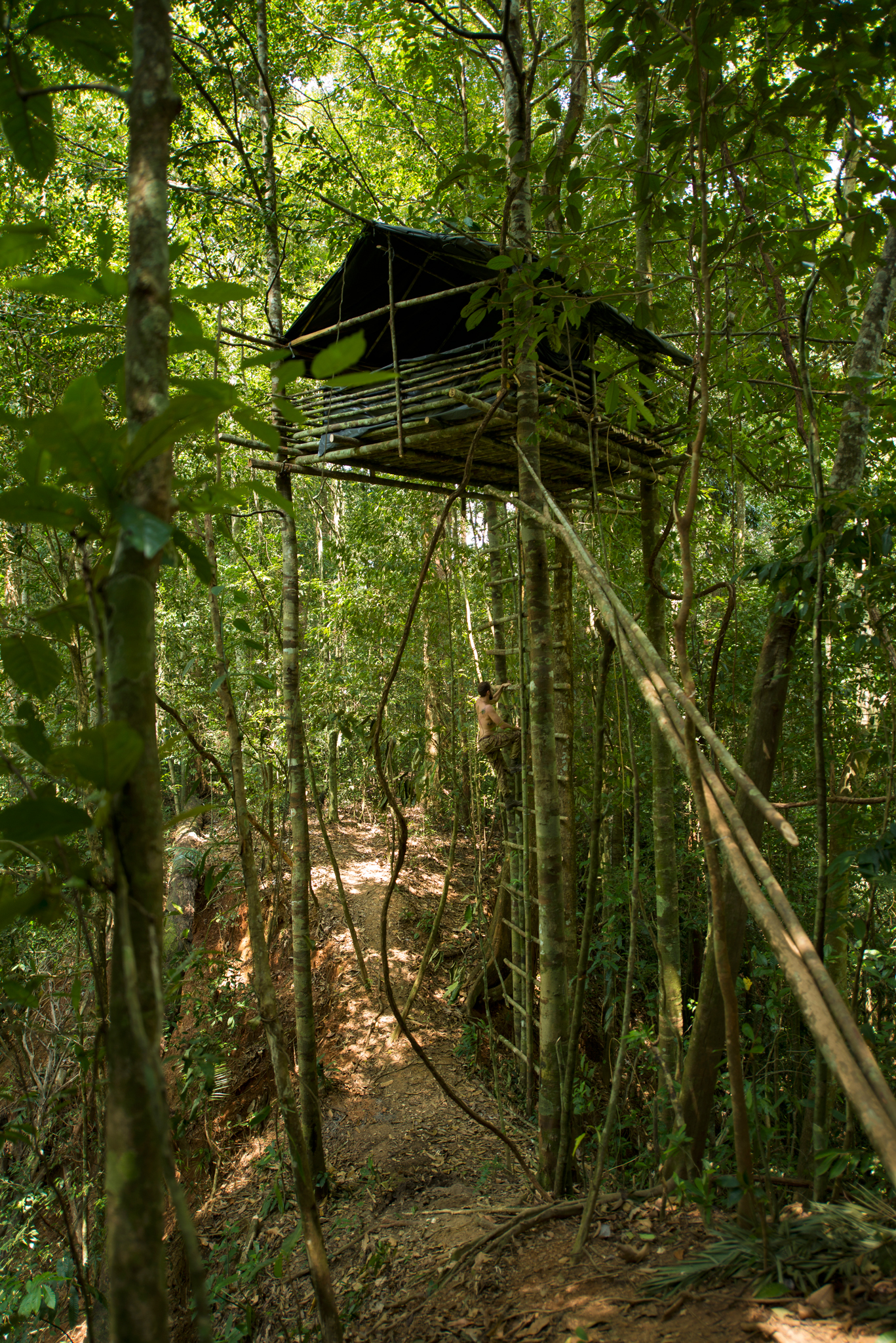 Tell us a story that connects you to the environment. We know you are a survivalist by trade. Something radical must have happened in your tenure.

I’ve become obsessed with human-animal inter-relationships and cognitive ethology. While I have embraced natural survival as an important step in the rewilding process, it was really up-close and personal encounters with wildlife that have radically fueled my connection to the environment. How? By empathy through wonder. We have been hearing and seeing more and more often of trapped animals sensing when humans were there to help them. The same, though less observable, happens with plants. We have also been pushing interactions with wild animals beyond previous beliefs. The most radical event of this kind that has happened to me involved a jaguar. I was volunteering at an association for jaguar research and conservation in Brazil. Every night I would go pay a visit to the enclosure of a particularly playful male jaguar and play a stalking kind of game with him. I played on all fours. The fence kept us apart. We would try hide as best as we could, crouching low, until one of us went for the other, and then back to hide. During breaks, I would talk to him and we would carefully make hand-paw contact with each other. When reading an animal’s body language, empathy is the key. The night before I left, I pressed my face against the fence and he licked me. Jaguars are among the wariest of animals. When a wild animal makes you such a gift, it empowers you forever. 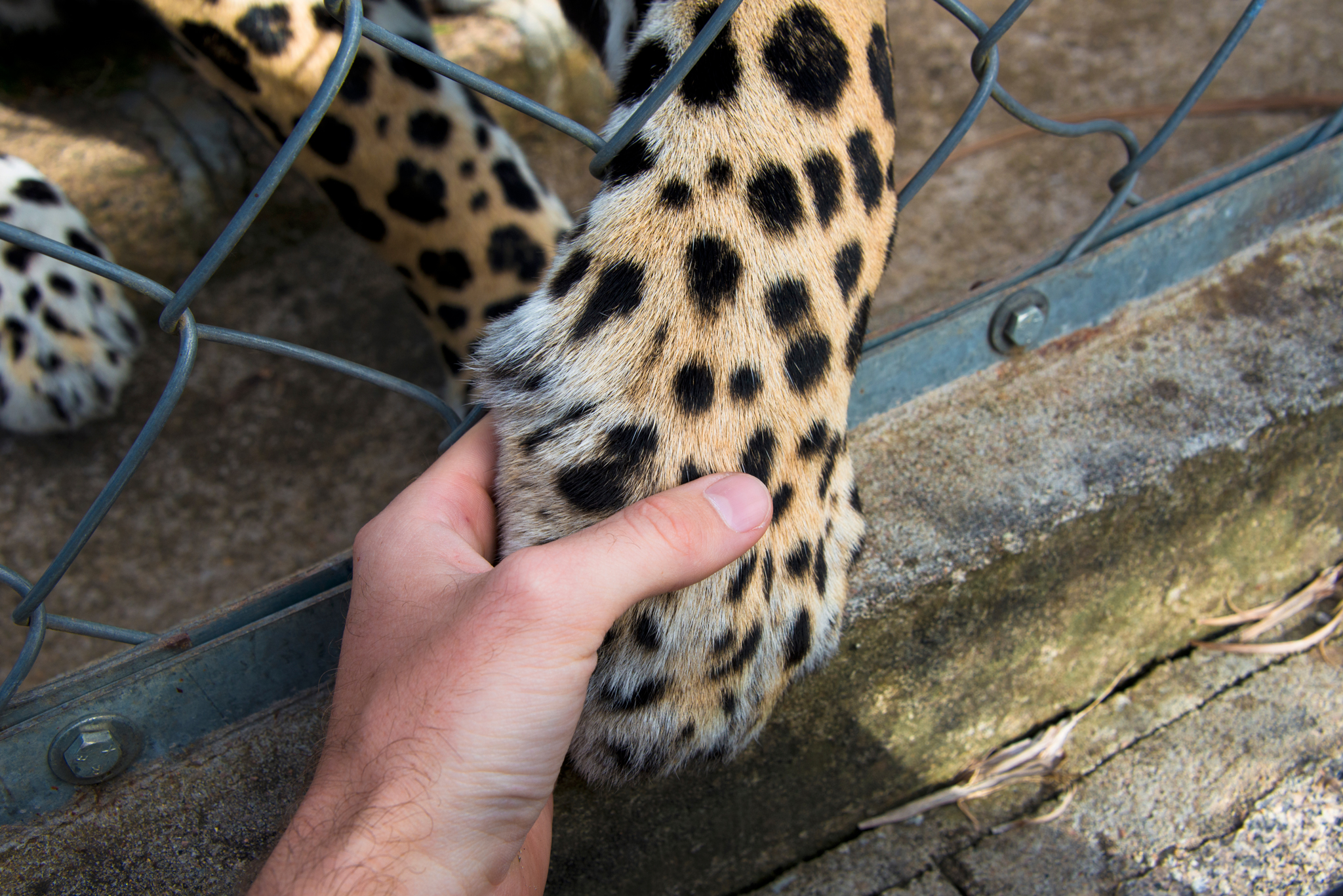 Environmental photojournalism is my rent to live on Planet Earth. People can find me or get in touch through my Instagram and Facebook pages, or by email through my website.