Begin by giving us a bit of your upbringing and your journey till today.

Despite to my thick British accent, I was born stateside in Augusta, Georgia and spent my early years talking in a long, southern drawl! When I was four, we moved back to the UK and I grew up in beautiful Devon - leaving the deep south far behind. Our first house was right on the Exe Estuary - the beach was literally our garden and at high tide in a storm, the waves used to lap against the living room windows. I guess it was living in such proximity to such a significant natural environment teeming with Areas of Outstanding Natural Beauty and nationally important nature reserves, as well as being a stones throw from the Jurassic Coast and Dartmoor National Park; that my love of the outdoors and wildlife really came into its own.

I have been blessed with strong interest in lots of different areas - which can be good and yet confusing when choosing a career path! I loved sport and music and chose quite a mixture of A-levels compared to other people on my undergraduate course; including English literature and Psychology. I chose to study Zoology at the University of Bristol, to feed my broad passion for biology and the natural world. Up until my final year I had plans to continue my studies into veterinary medicine; but after long and honest chats with veterinary professionals during my work experience placements, I realised that an extra five years of hard study didn’t really appeal to me! I also began to realise that I got a real kick out of talking to people and getting others excited about science and the natural world. It was then during a late night on the laptop that I came across the MSc Science Communication programme at the University of the West of England (UWE) - which safe to say has been monumental in helping me forge my next steps!

I completed the MSc in November 2017, after a jam-packed year of exploring the rapidly expanding field of science communication and its importance in shaping societal perception of science and the future of the natural world. 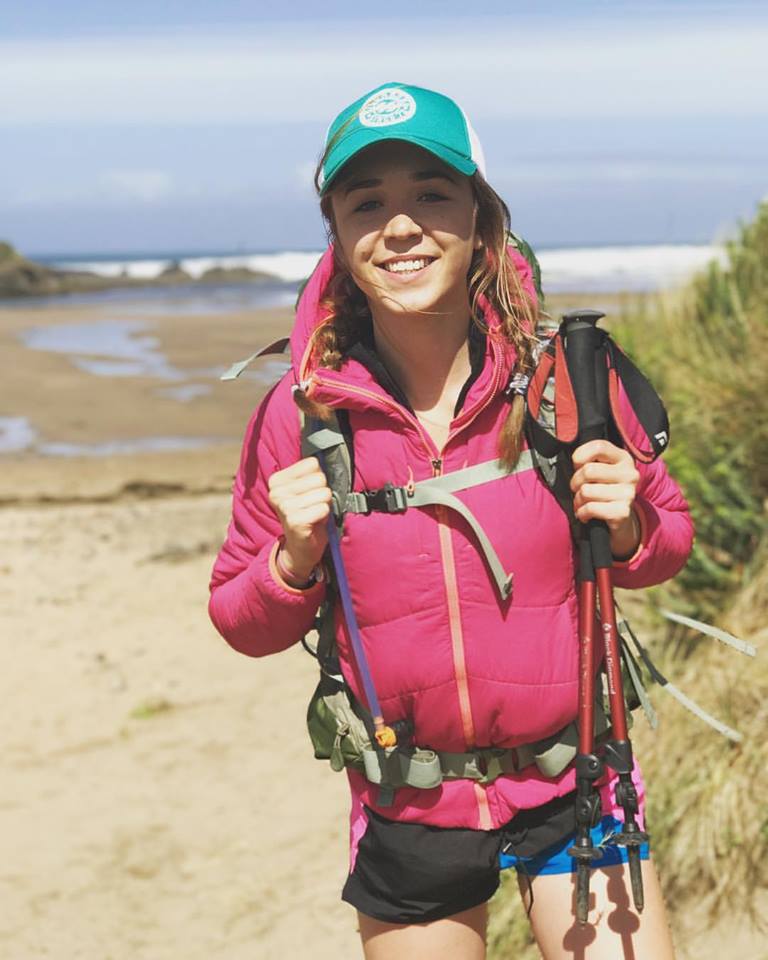 As a young person, how has nature shaped you?

Honing my love of nature has been a relatively slow burner - the passion has always been there, but I never truly nurtured it until the last year or so during my masters when we were trained to become professional science communicators. Timing wise, it couldn’t have been better - 2017 was marked by a sudden and widespread recognition of the damage we inflict upon our marine habitats, food webs and vulnerable ecosystems. Fuelled by hard hitting reality, broadcast by the fantastic Planet Earth II and Blue Planet II, I think as a population we have never been made more aware of just how destructive our lifestyles can be. That being said, I am so encouraged at our response to issues like plastic pollution and the drive in some people to make those small changes to their consumer habits that can amount to meaningful, positive impact.

WIth this in mind, I believe that there has not been a more important time to get people back outside and engaged in the natural world on our doorstep. Earlier in 2017, I embarked on a 300-mile solo trek around the entire coast of Cornwall - Sophie’s Wild Cornwall. Having grown up in ‘the Digital Age’ I was curious to see how we can adapt our obsessive relationship with social media and use its huge influence to show off British wildlife, inspire interest in nature, the outdoors and celebrate the UK’s incredible landscapes. Having to fulfil the criteria for an MSc Science Communication dissertation, I decided to do something a little different and plan this three-week expedition to test this rather ambitious aim. Armed with my iPhone and a backpack, I was on a mission to see whether our obsession with social media can connect us back to nature. The digital world has an incredible power to attract massive audiences and I was determined to test its potential in championing some of the best environments the UK offers and raise awareness of its unique wildlife.

Walking solo for 22-days, making 22 video blogs documenting the wildlife and landscapes I encountered, was an incredible experience. Spending that time with the wildlife and elements as my sole company offered a chance to connect with nature and truly empathise with its beauty, its intelligence - and its fragility. I can’t stress enough the relationship that I’ve found between being outside, and allowing that to develop and nurture an empathy for the natural world. As cheesy as it sounds, once you open your eyes to wildlife and quirky habitats and feel the power of the weather, you begin to become addicted - you want to see as much as you can - feed the questions that pop into your mind - be openly curious and engage with other people you encounter on the trail. I often found myself asking total strangers, “did you see that buzzard just then?!” or “how cool was that kestrel?!” - even if I did get funny looks, my excitement about the UK’s immense biodiversity was bubbling - and it has been ever since!! 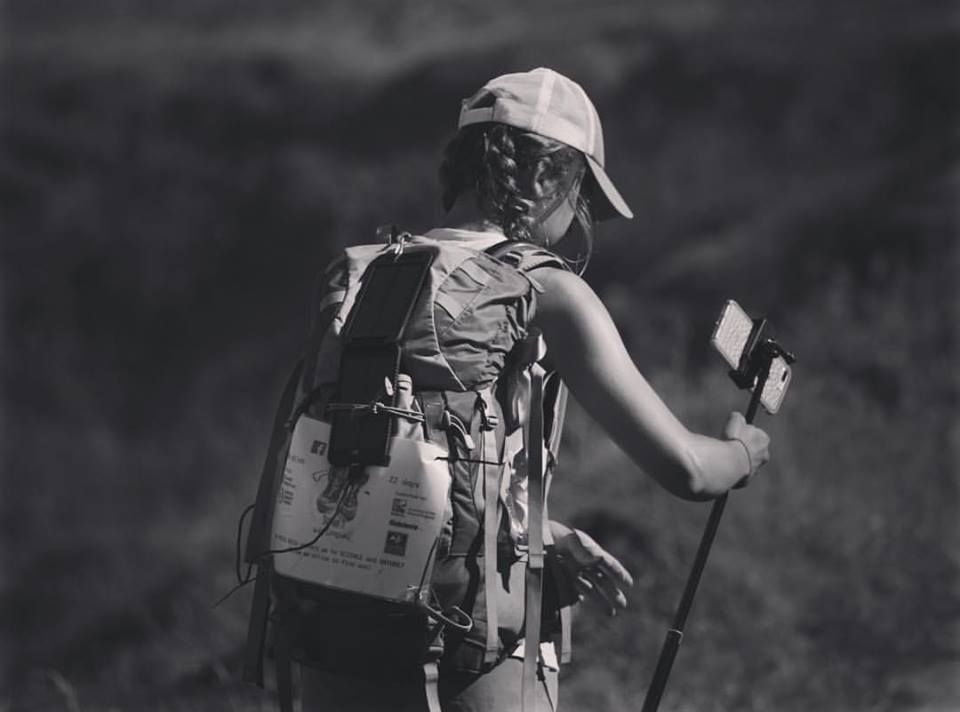 As a zoologist, early in your career, what are some of the areas you focus on?

I am really passionate about the relationship between adventure and scientific curiosity - I think the simple act of getting outside can solve a lot of communication problems and re-vamp traditional learning. Modern issues like plastic pollution have a powerful cause-and-effect positive feedback impact; you become much more appreciative of the problem once you actually see its effect on the environment - you want to take action - and that’s where the magic happens. I’ve always been interested in the human-wildlife interface and I think plastic pollution is a key and accessible example of that.

Sophie’s Wild Cornwall made me realise the incredible potential social media presents for science communication. The touch of a few buttons enables an unrivalled sharing opportunity to a global audience, to spread good messages and form like-minded communities and present science as something cool and worth talking about. So many of us make social media part of our day and instead of lamenting the digital shift of society, we should embrace it and learn to harness the unique opportunities it presents to make adventure, science and wildlife trendy and ‘instagrammable’! It is our responsibility to ensure nature is protected for years to come - and only if we encourage people to develop a relationship with the natural world will that happen - and I believe social media can have a hugely important role in fostering this. As the wonderful Dame Jane Goodall so beautifully said, “Only if we understand, will we care.” 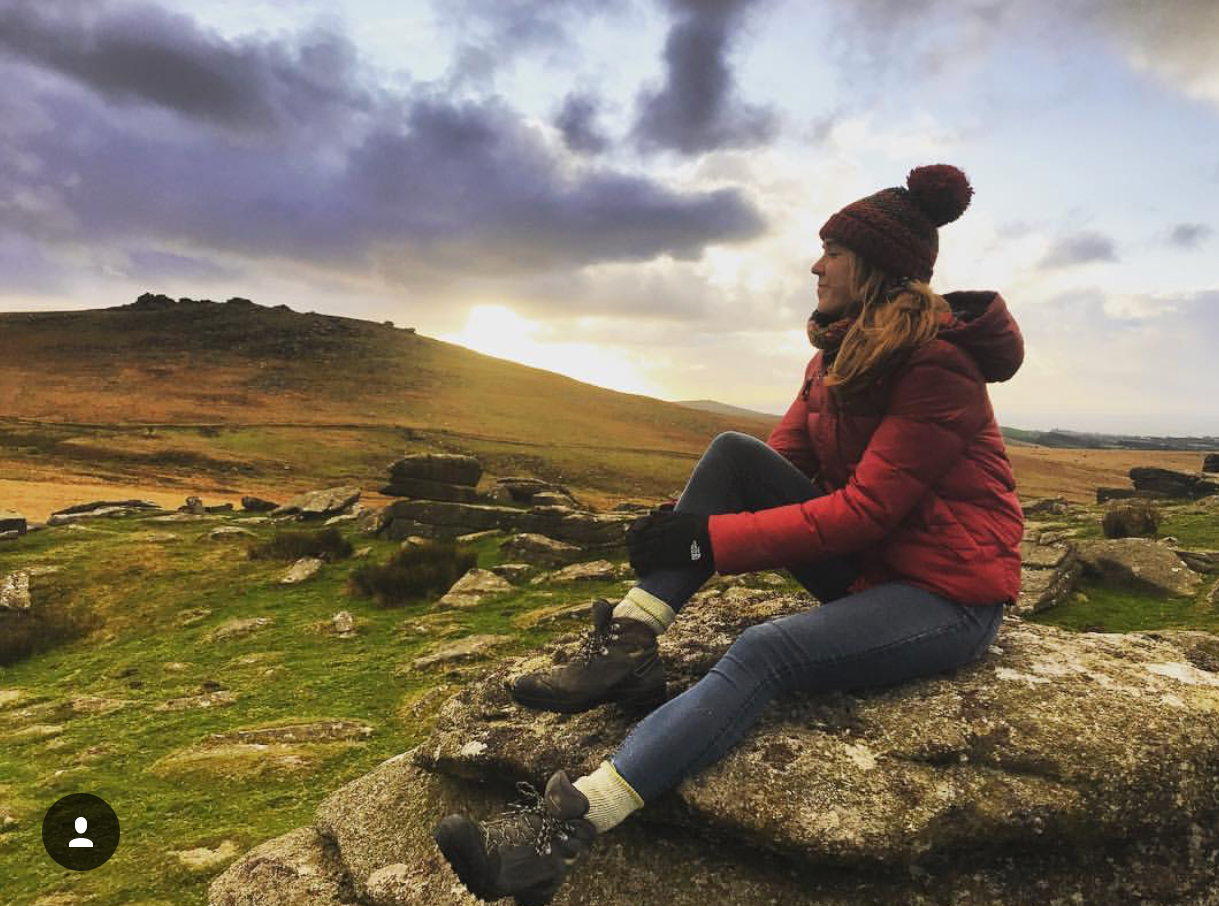 How has the environment’s decline affected your research and your purpose?

If anything it’s spurring me on. Instead of working in the industry being a pipe dream that ‘would be nice’ - it’s fast becoming something I feel I need to do. Like most of us, I work best if I have a purpose, a goal that I can work towards producing a meaningful outcome. I can’t think of a better purpose than one which puts the natural world first and aims to encourage others to do the same.

I think it’s so important to think about how we present environmental issues and conservation - scare mongering and the classic ‘doom and gloom’ approach simply does not work. In this age where people’s interests are largely defined by their social media feeds, we need to engage people in seconds. In my opinion, it’s better to attract attention to science using vibrant, punchy and informal yet informative content that nails a topic, versus distressing images of the ivory trade or plastic-choked marine life. While it’s important to present the reality of a situation to ground it in context, as a scientist and millenial - positive content with achievable actions attached is more likely to spark my interest and help me feel that I can make a small difference. 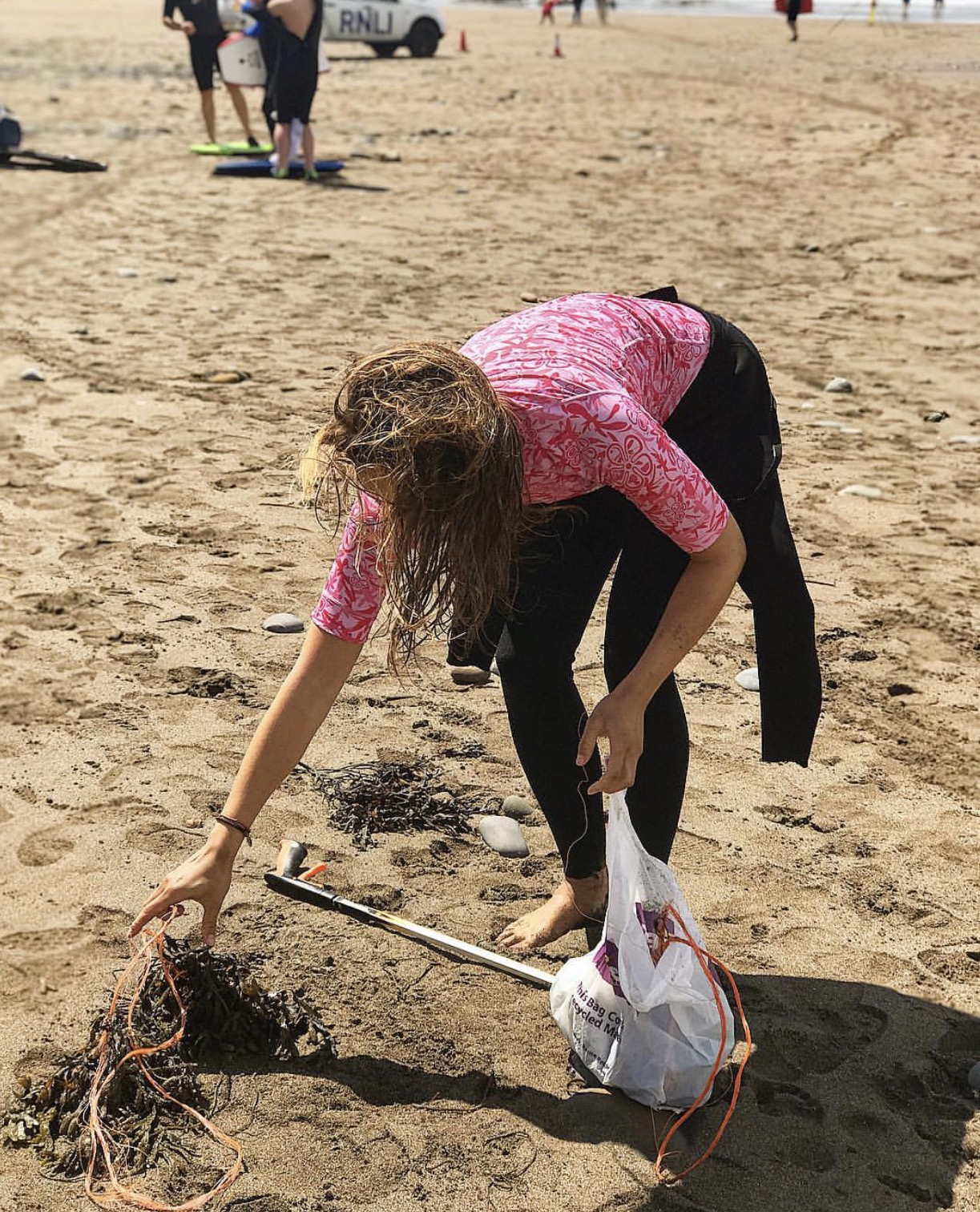 What are some startling statistics?

30% of all time spent online is used to engage with social media - with new research detailing an average global rise to at least two hours using social media everyday - that’s five years and four months in the average lifetime.

By 2050, the amount of plastic in the world’s oceans will weigh more than the entire fish population. 84% of people surveyed said they are concerned by the level of plastic in the world’s oceans and 60% support a deposit return scheme in the UK. Now imagine if we used some of the time we spend online to channel these concerns and promote action? Imagine the potential audiences we could reach and the voice we could generate to stimulate change? 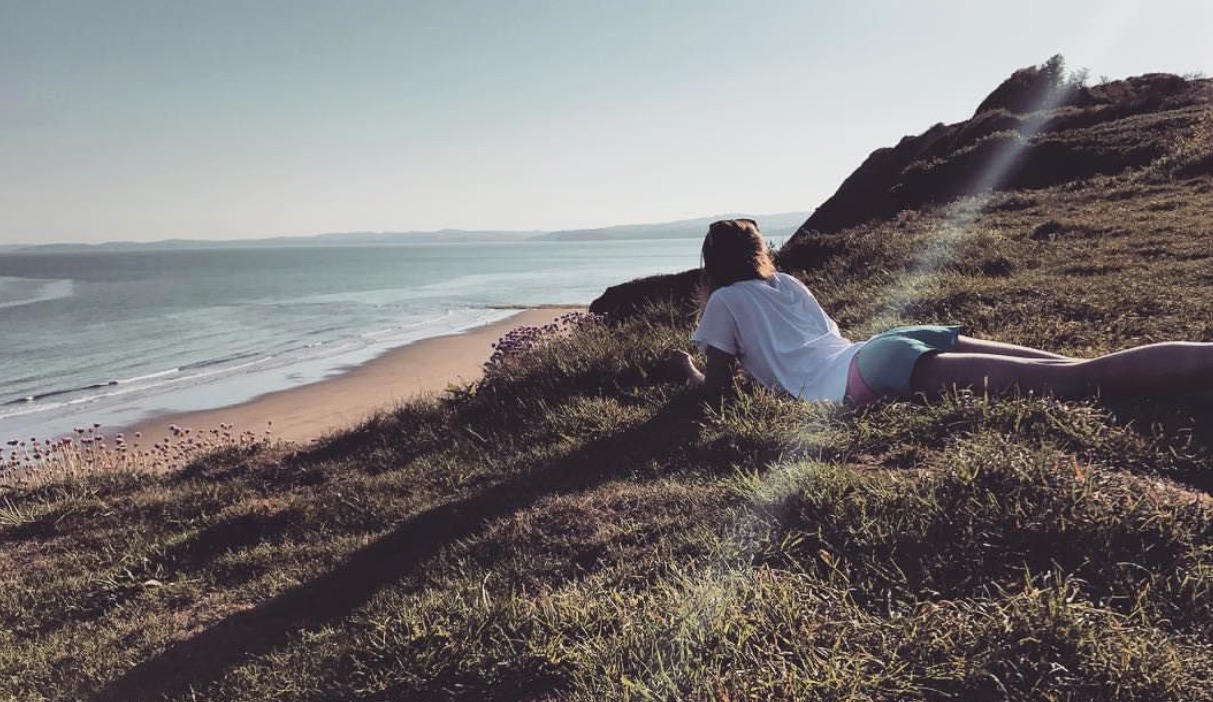 What are some ways that you think people can reduce their carbon footprint and slow the rate of climate change?

There are lots of simple changes we can all make. One of the easiest and my favourite is to switch up your mode of transport if you can - mine is to opt for my bike and public transport wherever possible! I’m a bit of an outdoor geek as you’ve probably guessed, so any chance I can get to stay out there - I’ll grab it! Also things like re-using your water bottles, buying reusable coffee cups and cotton shopping bags, using hard soaps for showering, using loose-leaf tea instead of non-recyclable teabgs etc - can significantly reduce your plastic footprint too! 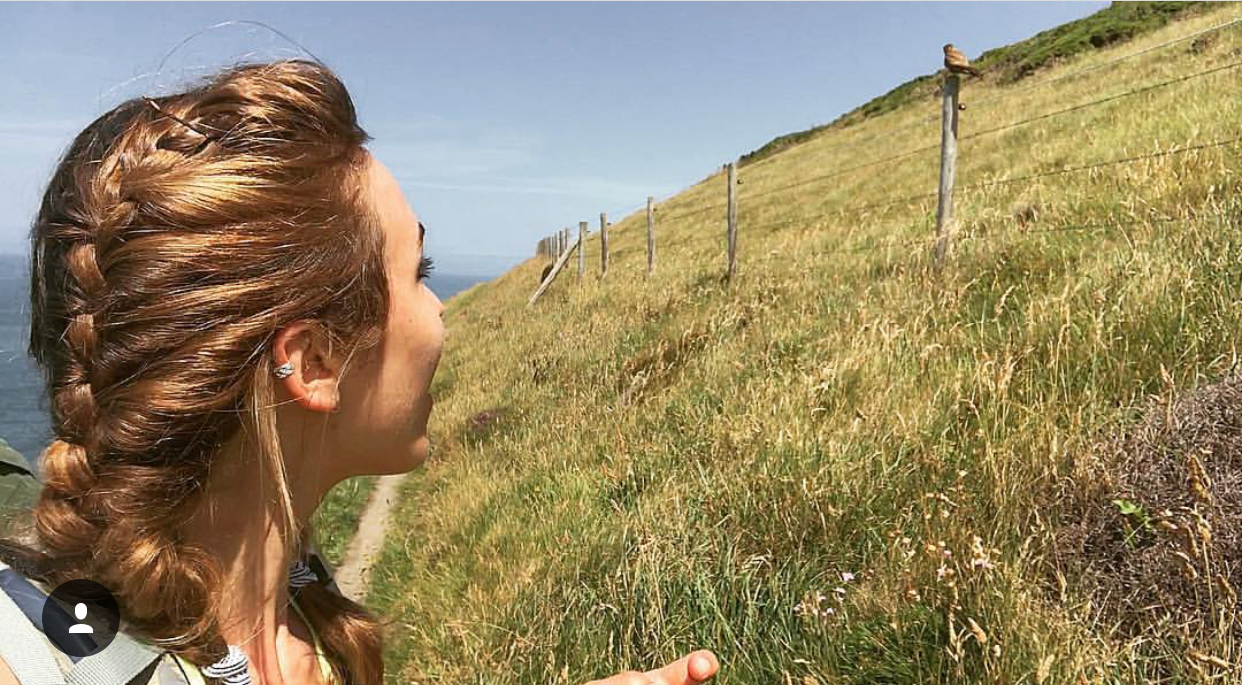 How do you envision the world in the next decade?

That’s a tough question! It’s quite unsettling to be edging towards the significant ‘statistical years’ such as 2020, 2030 etc - where supposedly we will start running out of fossil fuels and have X-amount of population growth and X-amount of habitat loss… I would like to think that the next decade will see a big shift in public attitudes to science and the environment - I’d like to think that something will ‘click’ within us and we will start acting wisely and become more environmentally conscious. We all harbour an innate dependance on the natural world and I think we have been seeing that seed growing during 2017 - which I have found fascinating. 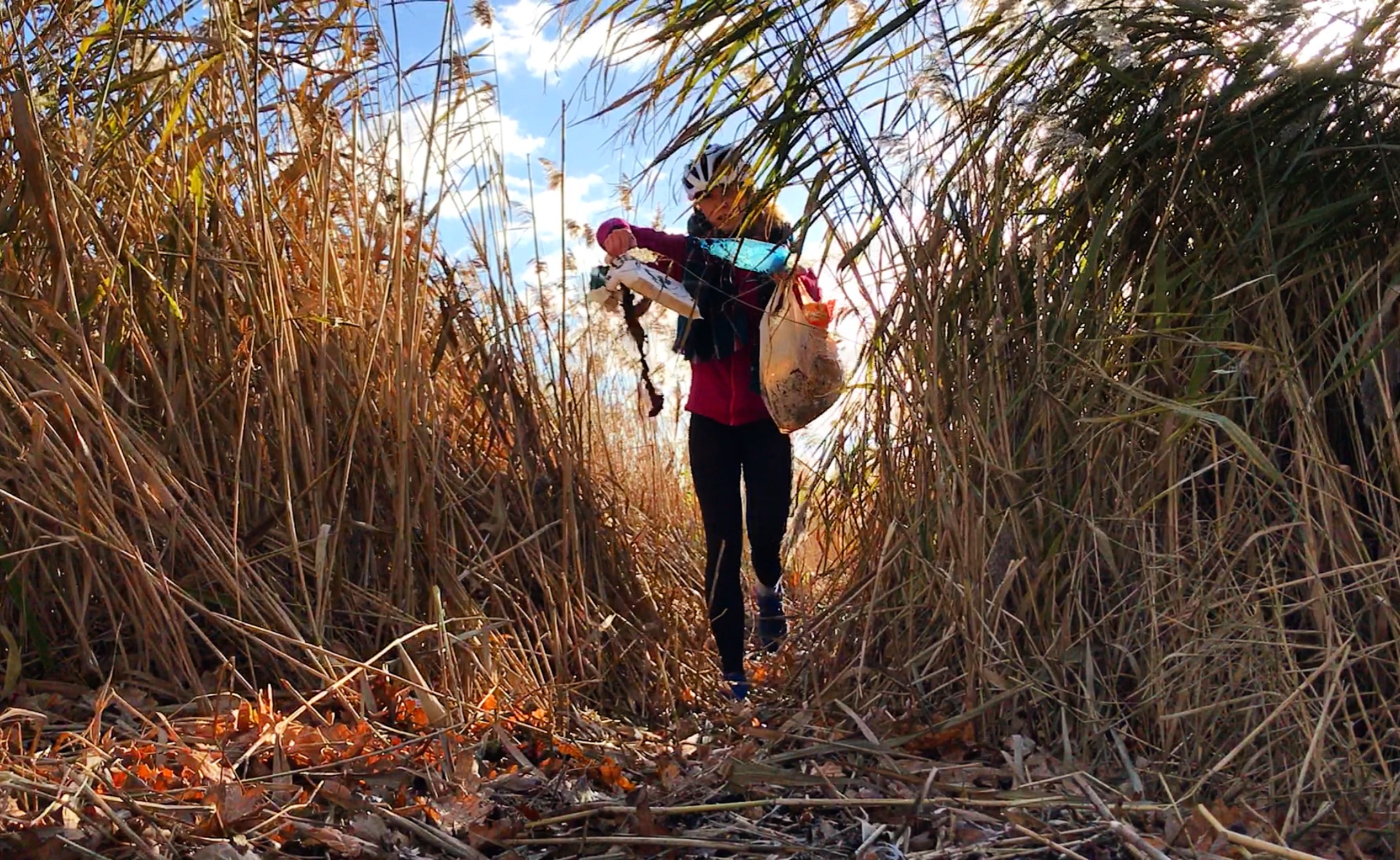 Where can people find you, follow you and support your journey?

Please find me on Instagram @sophiepavs as well as my personal page. 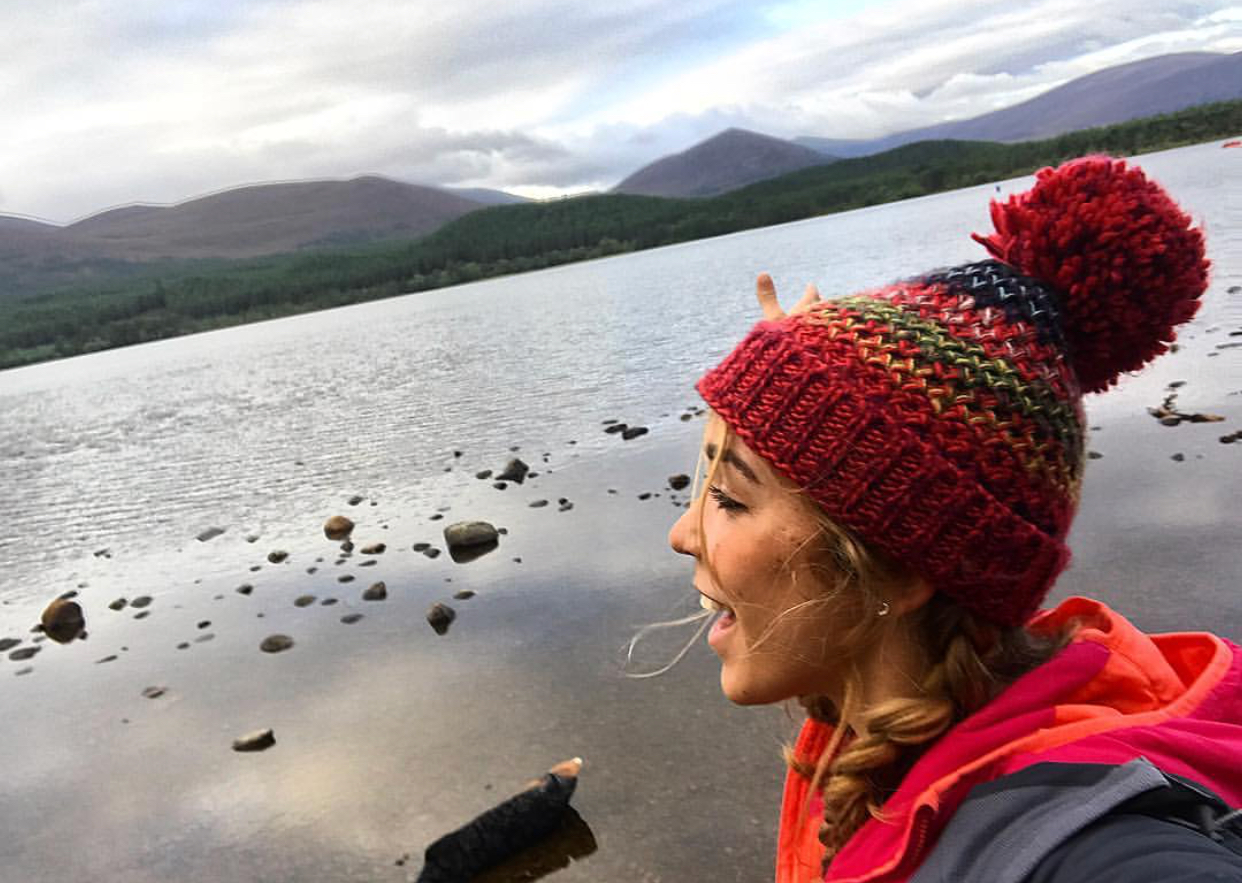 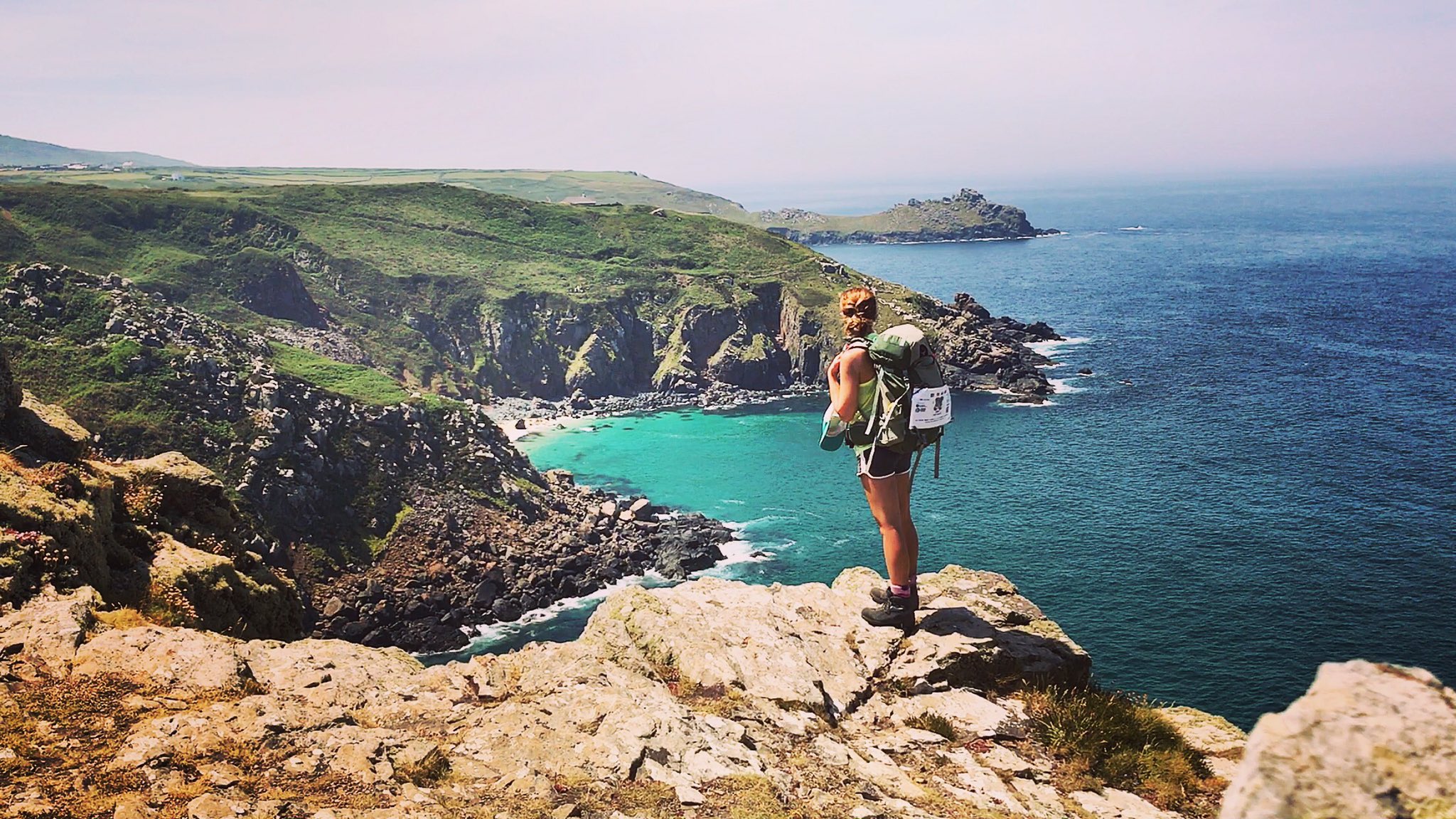